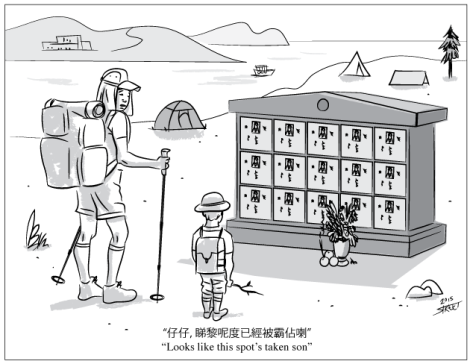 Many of you may have noted from the posting of the notices below that the government is considering the development of a Columbarium on the northeast side of Tung Lung Island. 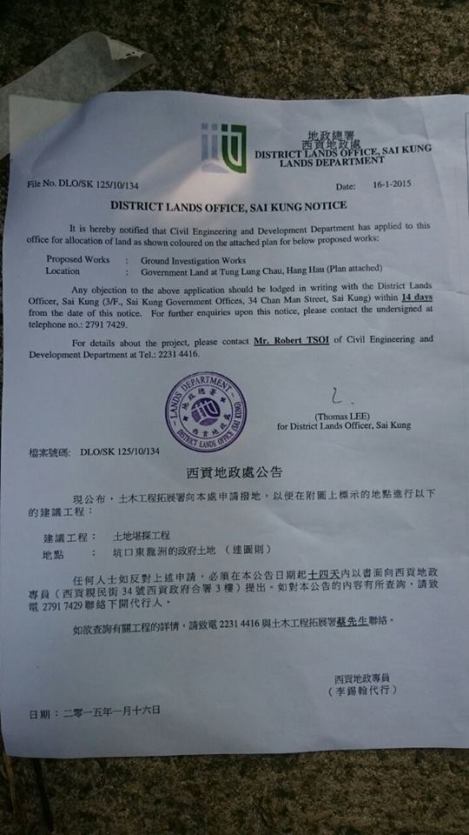 Although the study is still only at very early ‘feasibility’ stage, such a development would obviously have a huge impact on and change the character notably of an island we all know and love.  If you would like to express your views about this proposal, now is the time to do so before any development plans can gain significant momentum.

Any views you have on this matter should be sent to the project proponent for the study, namely the Civil Engineering & Development Department referencing the following study agreement details:

3 responses to “Columbarium being proposed on Tung Lung”

Mention Hong Kong and most people think about a concrete jungle with sky scrapers towering up towards the heavens.

But hidden behind the urban sprawl lies some spectacular countryside, and nestled amongst these are numerous buttresses of pristine granite and volcanic rock.